Chris Robinson is a young stand up comic and actor who has been performing across North America over the last decade. Now Magazine has described him as having "charisma and raw talent to burn." 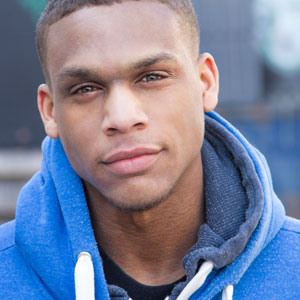 He was the winner of the 2016 Second City Emerging Voices Scholarship as well as Sirius XM's Top Comic $25,000 grand prize. Chris was the runner-up at the prestigious Homegrown competition at the Just For Laughs Festival in Montreal in 2016 where he also taped an appearance on Kevin Heart's LOL Network. Chris returned to Just For Laughs the following year to shoot a TV set for The Comedy Network and headlined his own shows at the JFL42 Festival in Toronto.

Currently, Chris can be seen on the new sketch series Almost Genius on CMT, The Amazing Gayl Pile, and in various comedic videos on CBC Comedy.