Laura Leibow has used her acerbic wit and laid back style to become a promising fresh face on the Canadian stand-up comedy scene. 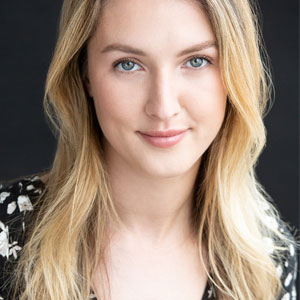 She is the editor of the comedy website "UNoriginal", a signed Yuk Yuk's comedian, and is frequently played on SiriusXM. Laura has performed at JFL42, She-Devil Comedy Festival, the Sacramento Comedy Festival, and Icebreakers Comedy Festival. Laura has been impressing crowds in clubs and theatres from Toronto to New York since debuting in 2015, and has performed at legendary clubs like the Improv in LA, Gotham Comedy Club, Broadway Comedy Club in NYC, and Helium in Buffalo. In January 2019, Laura and her sister launched a successful podcast called "Family Therapy" which attempts to show that the dark and comedic sides of mental illness are not mutually exclusive.